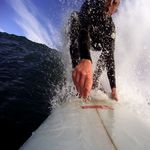 Trisurfer Posts: 228
November 2011 in General Chat
Hello,
Looking for as many opinions as possible on this! After turning 30 last week I'm thinking about a long term Joint health.
I already do the obvious avioding running on hard surfaces where possible and cross training. I'm looking at the wide range of nutrition products aimed at joint health. So the my main points are as follows

1) Does anyone else think about this?
2) What products do you use if any? been looking at a seven seas one a day codliver, multi vitamin mixed in with conclusamine

I had cartlage operation on one of knees already and worried about long term joint health.

Any opinions and comments welcome